Posted on 8 December, 2020 / by Fredrik Johansson / in Non regulatory news 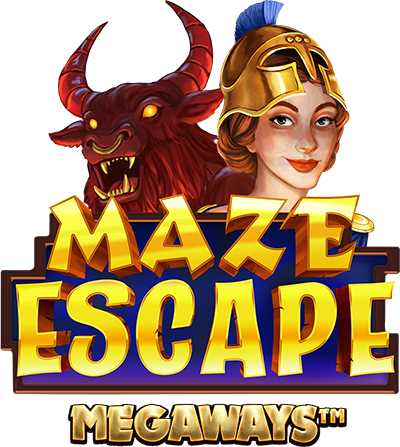 A terrible shadow fell over the island Crete when king Minos turned his back on the gods. A monster was born into his house; half man half bull. To hide his sin from the world, Minos called for one of the greatest minds in all of Greece; Daedalus. He tasked him to build an endless maze, from its depths neither man nor monster could ever return.
Together with his foolhardy but kind son Icarus, Daedalus completed the impossible task. With the monster’s eternal prison, the great maze, now complete, Minos threw Daedalus and Icarus into its depth to forever keep their silence.

SHIFTING MAZE AVALANCHE
The middle position of the first reel is special, a winning symbol on the special position activates the Shifting Maze Avalanche.
All the reels shift one step to the left, and the game avalanches. The symbol type on the special position becomes the Path symbols, and all Path symbols on the reels are locked and centered to make a path. Two random Blocker symbols are unlocked for every reels shift.

GUIDANCE OF ATHENA
The Guidance of Athena Feature is activated when an Athena Blocker symbol is unlocked. Up to 4 Path symbols are placed on random positions before new symbols fall down.